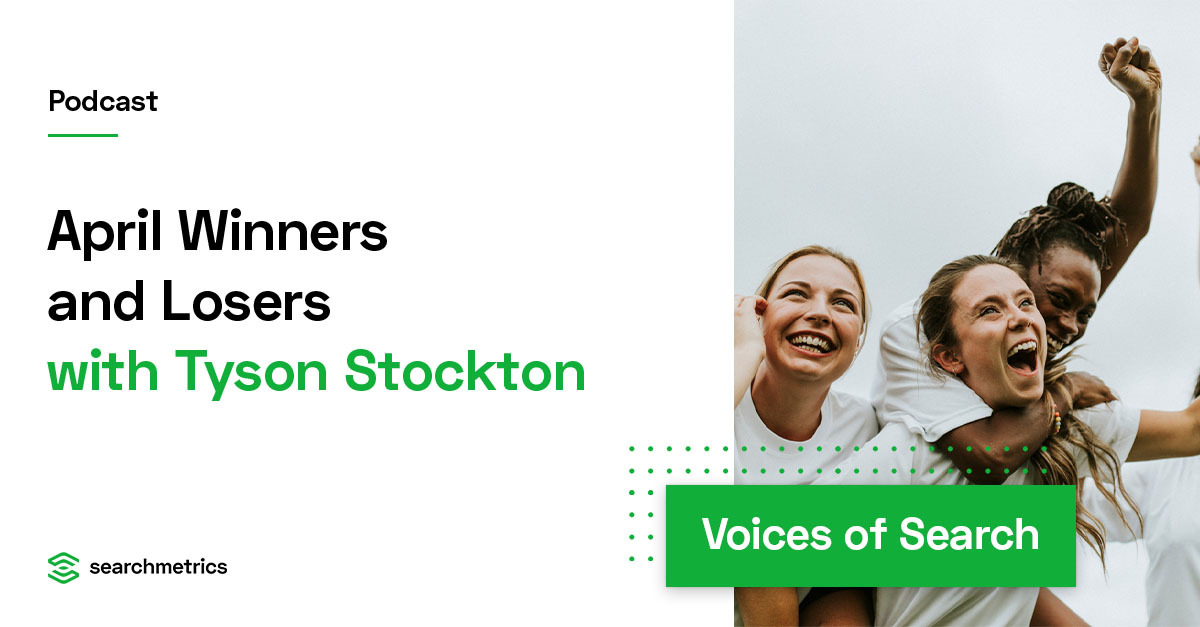 Join host Ben as he speaks with Searchmetrics’ VP of Services Tyson Stockton, discussing April 2021’s SEO winners and losers. Together they look at the many moving pieces in the SEO world.

SEO is ever-evolving, and it’s no surprise that Tyson shares some updates for April. A year ago, Google announced the rollout of Core Web Vitals and recently said they would be delaying the launch. This has the SEO community at a standstill as they await the update. Tyson shares the example of how mobile-only was postponed. He speculates that Google is prepping for sites that may not have field data to ensure a smooth transition. This update will not have a massive rollout but will be released throughout July and August. Google has hinted that this will not be the only factor for websites and Core Web Vitals.

Tyson dives into some other updates that happened in April. Google released their product review update. This was not a core update but an update that only focused on product review queries. Google is prioritizing reviews that are longer in response, and this has been a growing trend.

Some of the winners for April are Amazon, Walmart, and eBay. The previous month we saw a decline in their visibility. Etsy continued to see some decline month over month in its visibility. While April was not a significant month for eCommerce sites, there was some movement.