On November 17, 2021, Google announced that they were releasing a broad Core Update – the update that many in the SEO world had, until recently, assumed would come before the end of the year.

Later today, we are releasing a broad core update, as we do several times per year. It is called the November 2021 Core Update. Our guidance about such updates is here:https://t.co/0LAL28ueDq

The timing has come as somewhat of a surprise to some, however, with Thanksgiving just around the corner in the US and Black Friday on November 26, when many online stores hope to achieve a major spike in sales. Many are certain to feel the effects of this roll-out. 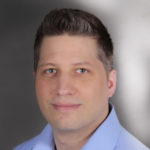 “If before December 2020 we still believed in the “good” in Google and that they wouldn’t launch any broader Core Updates just before the holiday season, the December 2020 core update taught us differently. On the other hand, given that the last few Core Updates have all had a distinct E-A-T feel to them, the November 2021 Core Update being rolled out right now may well benefit Google users as well. I suspect that, once again, we can sense clear signals across the board that point to more expertise, more authority, and more trustworthy websites in the top results”.

Those who are seeing changes in their rankings already should not jump to the conclusion that this is directly related to the November 2021 Core Update: 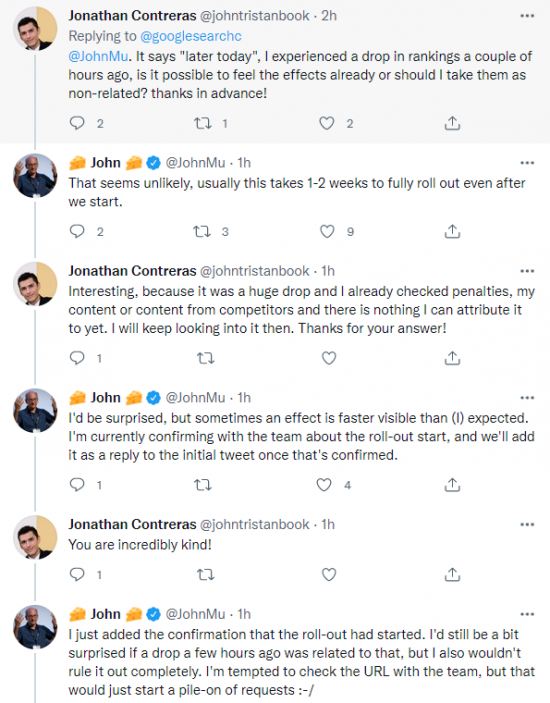 John Mueller himself seems somewhat surprised by a statement on Twitter by a user claiming to have seen noticeable changes in his domain’s rankings on November 17. In fact, he does not expect to see any effects until a week or two after the roll-out, although he is not ruling it out altogether.

John Mueller’s response to a question posed during the SEO office-hours hangout in November 2020 has often been interpreted as meaning there were no plans to launch core updates by the end of the year.

Here’s what he said:

“I think it’s always tricky towards end of the year, because everyone’s a little bit jittery, and probably this year more than ever. So, there’s a little bit of trickiness involved with … well … we’d like to make improvements in Search. And we think our users deserve, kind of, to see those improvements in Search, but at the same time we don’t want it to be super disruptive. So, I don’t know what will happen there. It’s possible at some point … maybe we’ll still have an update. I don’t know what the timing would be there, because essentially all timing is bad when it comes to the last quarter of the year.”

Precisely what effects this Core Update will have in what has been an eventful year remains to be seen. But we’ll keep an eye on it for you and will report back as soon as we know more.