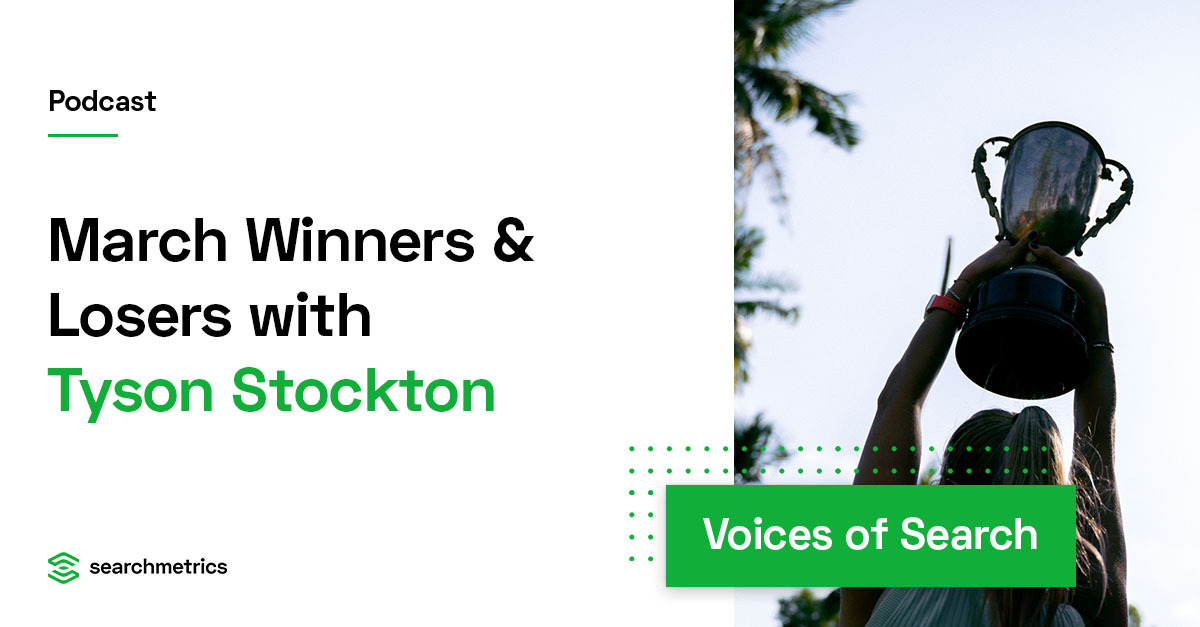 Join host Ben as he speaks with Searchmetrics’ VP of Services Tyson Stockton discussing March 2021’s SEO winners and losers. Together they look at the many moving pieces in the SEO world.

Tyson starts the conversation with some of the biggest items in March. While there was a lot of anticipation around passage ranking, sub-topics, and mobile-only there was not a lot of movement. However,  there has been a lot of buzz around SERP volatility and many are seeing this impact across desktop and mobile for search. Ben and Tyson reference this time as the calm before the storm.

Tyson chats about the conversations around SERP elements in the SEO world. He references various people in the community who have noted the SERP volatility and how Google is making changes. One thing that was noted, is the movements in the knowledge panel and how there was a decrease in the desktop version. This suggests that Google could be doing some testing.