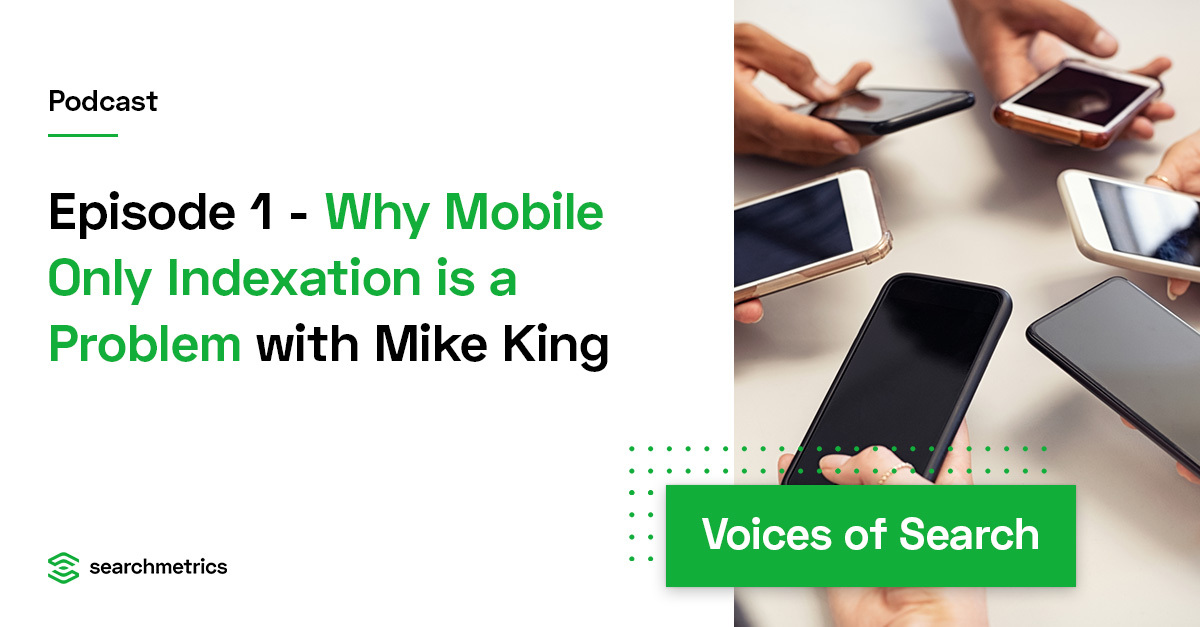 Join host Ben as he kicks off his conversation with Mike King, Founder and Managing Director at iPullRank. Together they dive into why Mobile-Only Indexing is a problem.

Mobile-only indexing is the second biggest topic after Core Web Vitals in the SEO community. Mike starts the discussion with the announcement that Google is going Mobile-Only indexing in March. Mobile-first went live a few years ago and one of the biggest problems companies face is that not all of them have mobile versions of their site. A lot of the content on those sites will not be indexed once Google launches mobile-only indexing. Many of these companies will be left with a shell site because crawling won’t be sufficient.

Google is going mobile because that is where the growth is. Some countries only have mobile-only sites because a majority of their users access these sites through mobile devices. The future is mobile and Google sees that. The growth of the internet is through mobile. Mike and Ben challenge one another on the use of mobile-only and questioning those who are only on mobile vs. desktop. Ben asks why Google doesn’t prioritize those companies that have a focus on the desktop.  People are using mobile devices first, and desktop second.